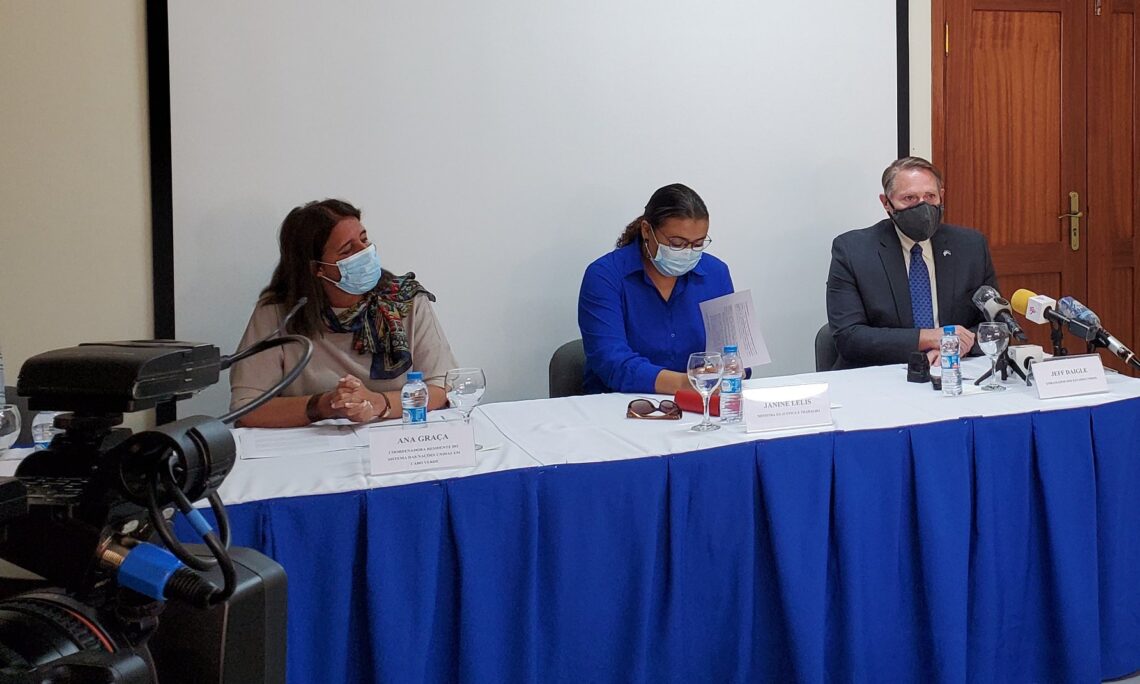 The Ambassador of the United States, Jeff Daigle, the Minister of Justice, Janine Lelis, the UN Resident Coordinator in Cape Verde, Ana Graça and the UNODC Senior Coordinator, Cristina Andrade participated in the official launch of the three-year program that will combat and prevent organized crime in Cabo Verde. The project will be implemented by the United Nations Office on Drugs and Crime (UNODC) in Cabo Verde.

According to the US Ambassador in Cabo Verde, Jeff Daigle, several workshops will be held in five islands (Boa Vista, Fogo, Sal, Santiago and São Vicente) directed to the National Police, Judiciary Police, Public Prosecutor, journalists, civil society organizations and other stakeholders, who want to acquire additional skills in combating and preventing organized crime and its harms.

The Minister of Justice and Labor, Janine Lélis, said that this is an “important project”, which reinforces the importance of cooperation to combat organized crime and international trafficking “I am confident that this will be another step to bring what is essential for the functioning of justice on behalf of the people of Cabo Verde,” said Janine Lélis.