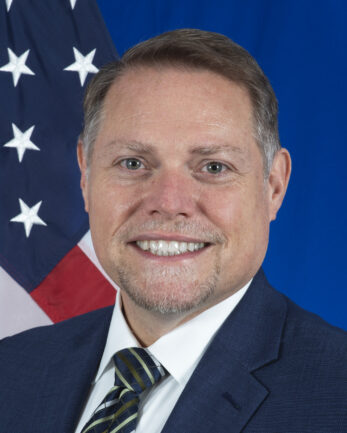 Jeff Daigle, a career member of the U.S. Senior Foreign Service, class of Minister-Counselor, was sworn in as U.S. Ambassador Extraordinary and Plenipotentiary to the Republic of Cabo Verde on June 28, 2019.

Ambassador Daigle joined the Department of State in 1999 and most recently served as the Acting Executive Director for the U.S. Advisory Commission on Public Diplomacy, which appraises U.S. government activities intended to understand, inform, and influence foreign publics and reports its findings and recommendations to the President, Secretary of State, and Congress.  From December 2016 to July 2018, he served as the Chief of Staff for the Under Secretary of State for Public Diplomacy and Public Affairs, assisting with strategic oversight of the Department of State’s $1.2 billion global Public Diplomacy and Public Affairs operations.

Prior to joining the Foreign Service, Ambassador Daigle held a variety of positions in the private and non-profit sectors.  He was the Executive Director of the Louisiana Environmental Action Network in Baton Rouge, Louisiana (1988-1989); a performer and facilitator of professional development programs at Walt Disney World in Orlando, Florida (1989-1996); an English teacher in Chiba Prefecture, Japan (1996-1997); and a Regional Corporate Trainer for Hibernia National Bank in Baton Rouge (1998-1999).

Ambassador Daigle has a bachelor’s degree in political science from Louisiana State University.  He has studied French, Khmer, and Portuguese and is the recipient of multiple Meritorious and Superior Honor Awards from the Department of State. 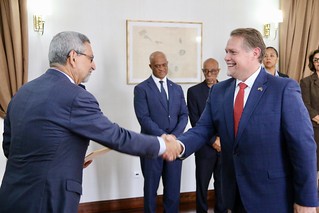