The United States of America is located on the continent of North America. There are 50 states in the U.S. Forty-eight of the states form the contiguous United States. The U.S. borders on Canada to the north, and Mexico and the Gulf of Mexico to the south. On the east coast, the U.S. is bordered by the Atlantic Ocean, and on the west coast it is bordered by the Pacific Ocean. 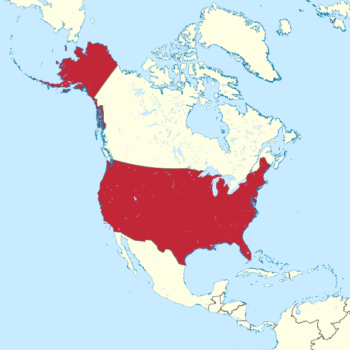 In addition to the 50 states, the U.S. has several territories and possessions, located in the Caribbean Sea and the Pacific Ocean.

To learn more, choose from the following: